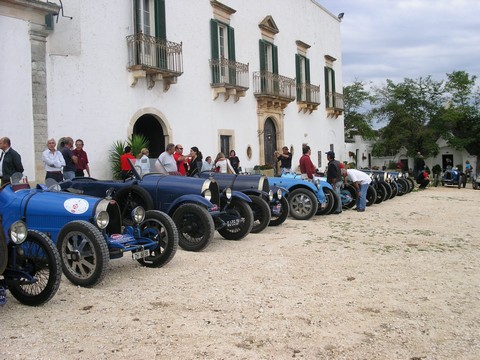 In 2006, Masseria Tagliente hosted the international meeting "Bugatti in Puglia", organized by the Italian Bugatti Club. The event was attended by important collectors from America, Australia, Belgium, France, England, Netherlands, Norway, Switzerland and of course Italy. The event was greeted with enthusiasm by fans of motors and motoring collectibles.

The public arrived was able to see up close cars built since 1920, they have competed and won on circuits throughout the world.

Use of the site constitutes acceptance of the implicit use of cookies. To revoke the consent it is sufficient to delete the domain cookies from the browser.